The Color Guard represents the Ross Police Department during civic functions where the National and Commonwealth Colors will be presented. These civic functions include parades, dedications, and ceremonies. While performing, the Color Guard follows United States Marine Corps Drill Regulations which ensure precision marching and movements during the performance. 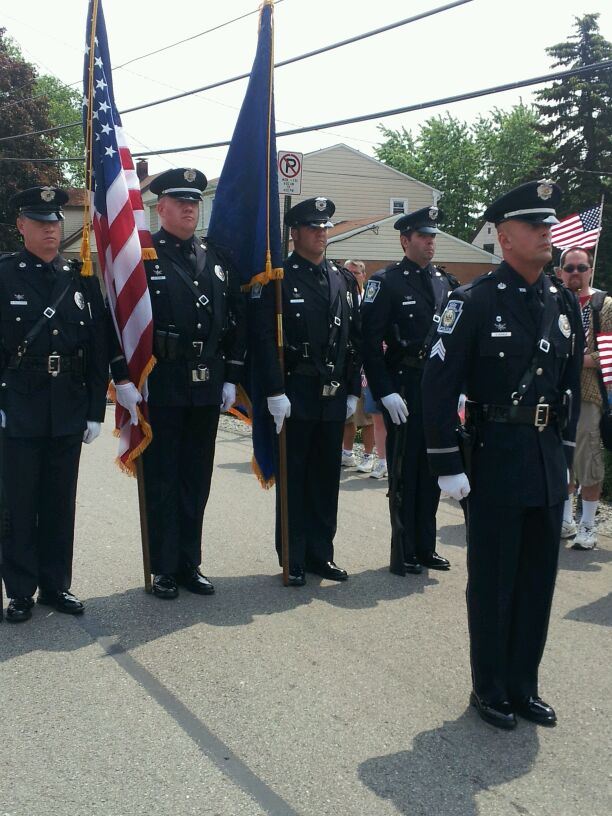 The Honor Guard represents the Ross Police Department at funeral and memorial details for active duty and retired officers. These details may include standing guard over the officer’s casket, carrying the casket to and from the hearse, placement of the casket at the burial site, folding of the National Colors, presentation of the Colors to the family of the officer, rifle salute, and the playing of Taps.

The Ceremonial Unit was formed in the summer of 2001 following the groundbreaking for the Ann Hoover Memorial Park in the North Hills Estates Neighborhood. The community’s positive response to the officers' performance was the motivating factor for the Unit’s formation.

The Ceremonial Unit was chosen by the Ross Township Board of Commissioners to lead the annual 4th of July Parade in 2002 and has led this annual event every year since. Officers assigned to the Ceremonial Unit have put in numerous hours of training to ensure that their performances exemplify the pride and dedication of the Ross Police Department.